Which bacteria are involved in the formation of biofilms in the industry?

As is well known, one of the main concerns in food safety today is represented by the presence of pathogenic microorganisms. Such presence may be determined by poor cleaning protocols on surfaces and material in contact with food.

The inadequacy of these protocols is emphasized by the existence of microbial structures such as biofilms, and they are often the root cause of end product contamination. Their growth on products or in the environment (surfaces, utensils, equipment...) considerably increases the probability of cross-contamination and contamination during processing.

Not only are products vulnerable to damage and contamination, but also equipment and facilities can suffer alterations that affect their performance and service life. In drinking water systems, for example, pipes can clog, decreasing flow and increasing energy costs. In dairy industries or juice producers, filters and membranes can be damaged by the adsorption of microorganisms, decreasing the performance of processes and being contamination sources when in contact with the end products. 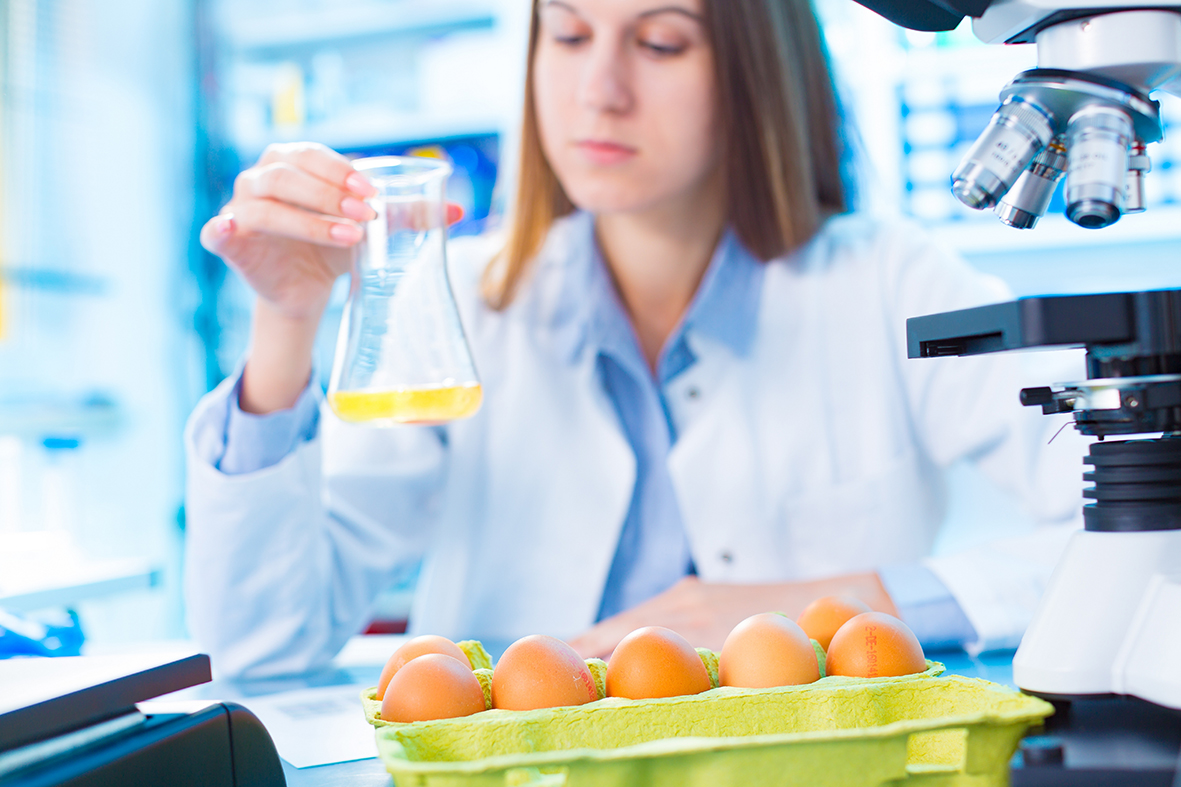 Although most bacterial species have the ability to form biofilms, some genus are more likely to quickly develop them. The following is a list of biofilm-forming bacteria that are important for food safety:

Listeria monocytogenes. Everybody knows the danger that this microorganism represents for food safety, being in the news throughout this year with numerous outbreaks reported across the world. It is a pathogen with great proliferation capacity in cold and humid environments, ideal for biofilms formation. The adhesion is done through the use of flagella, pili, and membrane proteins. These structures bond in a short period of time, and can adhere to both live and inert surfaces. This ability to form biofilms on steel surfaces and processing machines makes it an important factor in cross-contamination.

Salmonella spp. As one of the most significant bacterial diseases, salmonellosis has an important place due to its multiple clinical forms and its impact on public health. Several studies have demonstrated its ability to adhere to and generate biofilms on inert surfaces such as cement, plastic, or steel. This ability is marked by the presence of special surface structures that promote adhesion and make them resistant to mechanical forces. Like other enterobacteria, Salmonella produces cellulose as an exopolysaccharide of the biofilm matrix, playing a fundamental role in the survival of this bacteria in the environment.

Escherichia coli. Widely represented and ubiquitous enterobacteria, E. coli favors its adhesion by the presence of flagella, pili, and membrane proteins. Once attached to the biofilm, it loses its flagella and increases the production of extracellular materials that stabilize and strengthen the biofilm's extracellular matrix. Studies have shown that the presence of O157:H7 serotype is increased when it is part of this type of structures, presenting greater resistance to sodium hypochlorite, the main disinfectant agent in the food industry.

Pseudomonas spp. Ubiquitous and highly prevalent bacteria in food processing environments, such as drains, floors, surfaces, acidic environments... Pseudomonas features great genetic plasticity and environmental resistance, making it one of the main biofilm formers in the industry.  This bacteria produces a large amount of extracellular polymeric substances, which enables it to bond to any type of surface, including stainless steel. Due to its regulation by quorum sensing, it fosters the adhesion and incorporation of other pathogenic bacteria such as Salmonella and Listeria to the biofilm.

Campylobacter jejuni. Although it is not the bacteria with the highest mortality among all food-borne infections, it has an unparalleled potential for spreading during handling. It has even been listed as the most reported food-borne infection by EFSA. Campylobacter is capable of producing biofilms in aquatic environments and on inert surfaces. The microenvironment generated inside the biofilm protects these bacteria from oxygen (it should be remembered that these are microaerophilic microorganisms). Once inside the biofilm, it is capable of surviving for a week at 10ºC, with low nutritional levels and in normal atmospheres. For these reasons, they represent an active risk during food handling, being a source for the spread of this type of bacteria.

As demonstrated in these articles, not only are proper cleaning and disinfection protocols required. Many times, these types of actions and the products used are initially designed to control free microorganisms and not those that form these complexes. Biofilm does not behave in the same way as free cells and requires specific actions, where prevention is positioned as a fundamental tool when controlling these sources of contamination.

At Condalab, we make available to you all the necessary culture media for the analysis of end products and handling surfaces, enabling you to obtain relevant information for the improvement of risk prevention, cleaning, and disinfection plans.