Toxi-infections are pathologies caused by the ingestion of food contaminated with biological agents or their toxins. Generally, there is a significantly higher risk during the summer season due to temperature and moisture conditions. This environment creates the adequate circumstances to accelerate the reproduction of bacteria usually found in foods, including Salmonella, Campylobacter and Escherichia coli. With little effort, they reach large populations in 1 to 2 hours, especially if foods are prepared in advance and consumed hours later without storing them in adequate cooling conditions. After ingestion, the possibility of suffering from the most common toxi-infection symptoms increases: diarrhoea, fever and general malaise, which disappear after a few days. 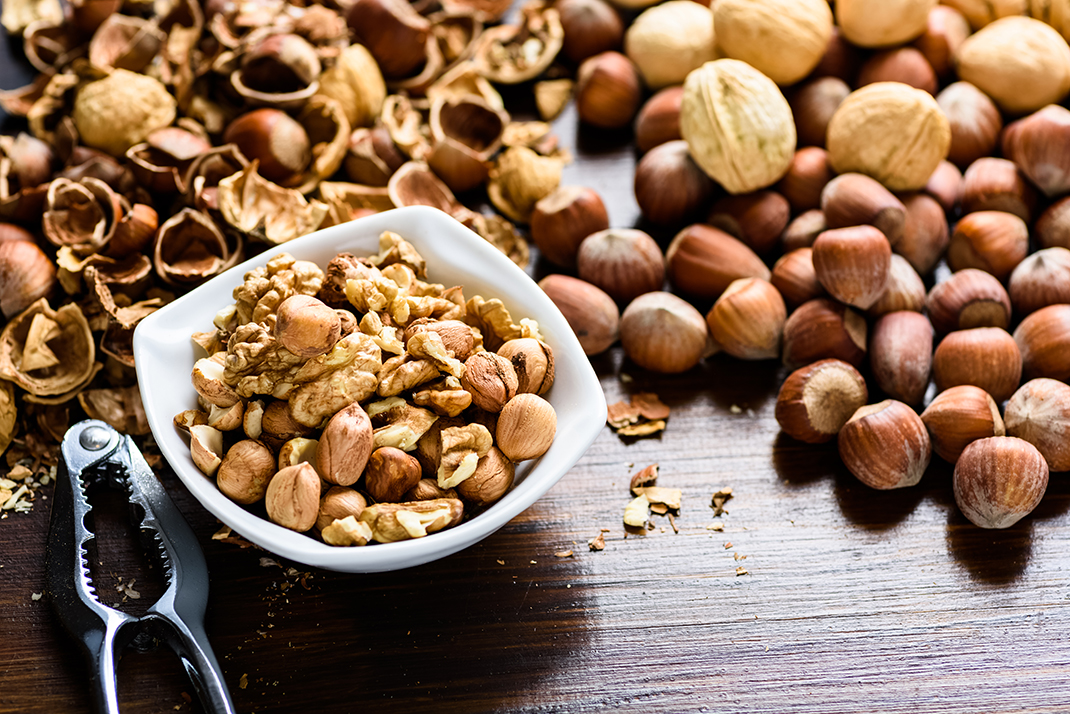 It is a human pathogen commonly transmitted by the ingestion of contaminated food, causing major outbreaks of food poisoning. It is a Gram-positive bacillus, a facultative anaerobe and non-deforming spore-forming. In addition, they produce lecithinase which can be used as an indicator of their presence. The type of infection is determined by the ability to produce two toxins: diarrhoeal or emetic, and, in some cases, both of them (thermolabile and thermostable).

How does B. cereus persist throughout the entire manufacturing chain?

This microorganism is widely spread and can be found in a wide variety of foods, mainly in dehydrated products such as biscuits, broths, cereals, and teas. However, toxi-infections caused by B. cereus are most commonly the result of eating cooked meat or boiled rice.

Its growth occurs in a wide range of temperatures, becoming highly resistant to food processing. In addition, it has a great ability to sporulate, so this kind of bacteria should be of critical analysis for any company in the food industry. For this purpose, a reference analysis method (ISO 7932/A1) is included in the legal framework.

Analysis of B. cereus in a food sample

According to the Spanish legislation, the RD 2073/2005 references the analytical method ISO 7932. This method indicates the use of an MYP agar medium supplemented with polymyxin to inhibit the accompanying flora of B. cereus, which resists these concentrations. 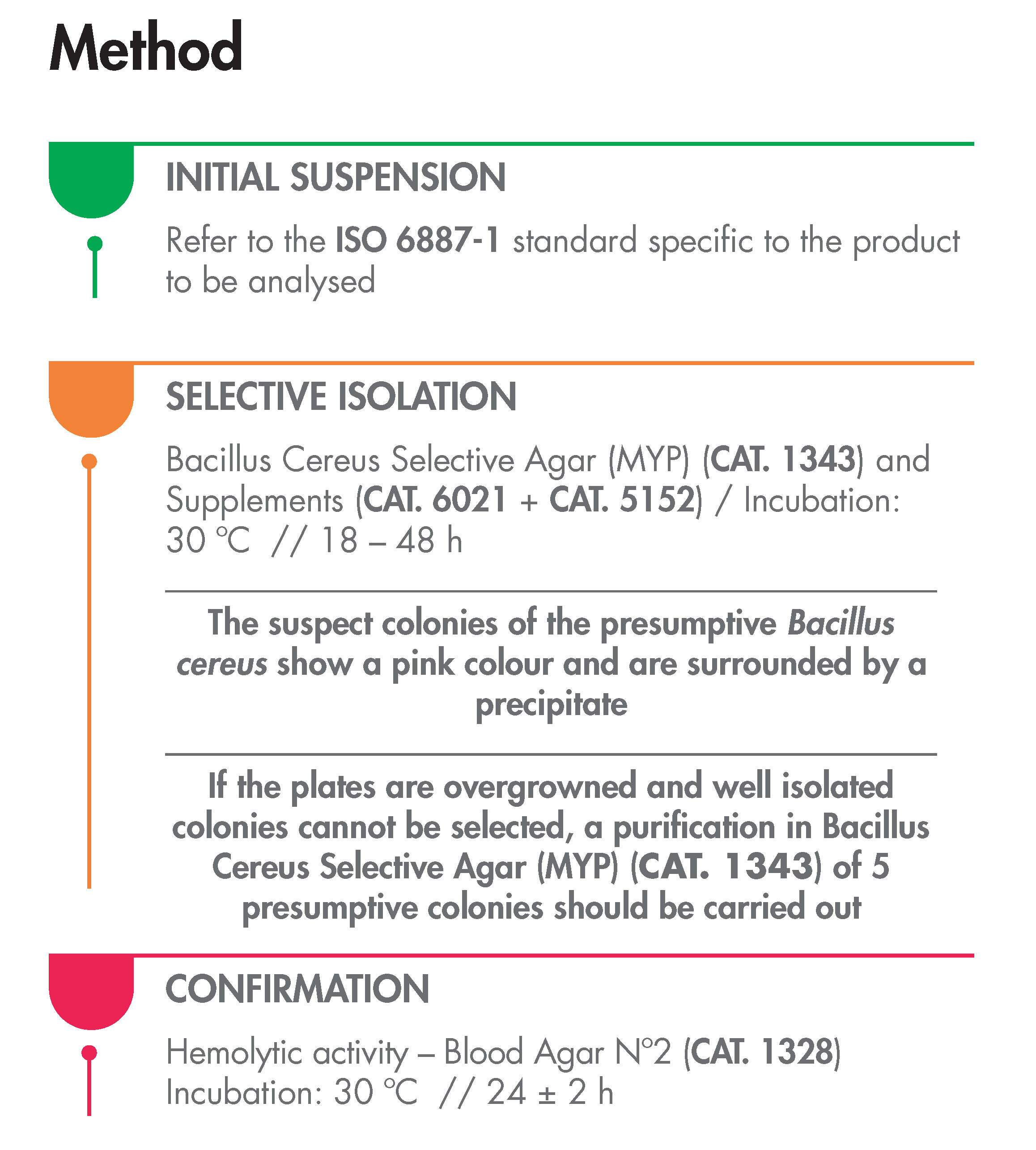 An egg emulsion should also be added to the preparation, since this microorganism is capable of producing lecithinase. This enzyme transforms lecithin into an insoluble hydrolysate, accumulating around it and forming a white precipitate. The resulting presumptive colonies are pink and long (a signal indicating that mannitol has not been fermented) and are surrounded by the precipitate.

Confirmation of suspected colonies by analysing their haemolytic activity on blood agar.

Condalab provides you with all the necessary means and supplements for the whole process.

If you have any questions regarding the methodology or any aspect related to Condalab, please, do not hesitate to contact us.