The importance of microbiological control in cleanrooms

Listeriosis in December? Christmas sweets may be the culprits

Condalab will once again be attending MEDICA 2022

There are a large number of indicators related to Food Safety, although there are a couple that are conspicuous due to their continued presence, one of these being Listeria.

Listeria spp. is a group of gram-positive bacilli and accounts for a large percentage of global health alerts and food recalls each year. Although only two of the 17 species of this genus are pathogenic to humans, one of them is the cause of Listeriosis.

Listeria monocytogenes is responsible for this disease, which has a low incidence in comparison with other foodborne infections, but simultaneously presents the highest mortality rate, between 15 and 30 %, while that of other pathogens, such as Salmonella spp., Campylobacter spp. or Vibrio spp., is under 1%. 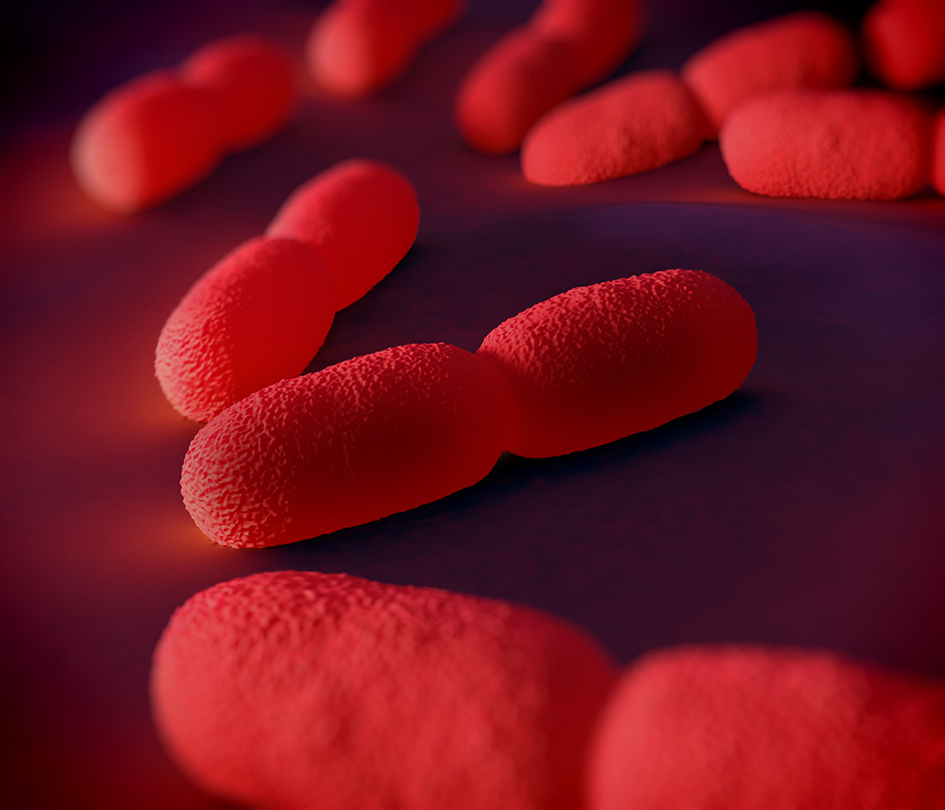 During the summer of 2019, Spain suffered the largest outbreak of Listeriosis in its history, originating from a meat product, and resulting in a health alert that ended with over 200 confirmed cases linked with the disease in different regions and even in other countries. As a result, an order was made for all the products of the company involved to be recalled from the market and production in its factories to be shut down.

This situation has demonstrated the importance of identifying the species of Listeria, due to the impact on both the food industry and public health.

When the time comes, what should I analyze, Listeria spp. or Listeria monocytogenes?

As L. monocytogenes is the most common pathogen of its kind, if the decision is made to identify it, a very specific test shall be performed, and if the result obtained is negative, it would mean that the sample is not contaminated with this pathogen.

However, if it is analyzed for Listeria spp., the spectrum shall be wider and pathogenic and non-pathogenic species shall be identified, so it is an excellent way to detect conditions enabling the presence, growth and persistence of L. monocytogenes, as well as to measure sanitation and safety processes.

Previously, isolating Listeria was complicated due to the characteristics of the bacteria itself. However, there are currently multiple standardized methods, the most widely used being ISO 11290, for the detection and countdown of both indicators.

At Condalab we offer you our CondaChrome Listeria®, a chromogenic medium formulated in accordance with this standard, meaning there isn´t a barrier to stop it from being included in any procedure accredited under ISO standards.

In this culture medium, the species of Listeria will grow blue-green in color, because the composition of the enzyme includes X-glucoside, which is the substrate for the detection of the β-glucosidase enzyme. This protein is found in all Listeria species and gives the colonies of this bacterium their characteristic bluish color. 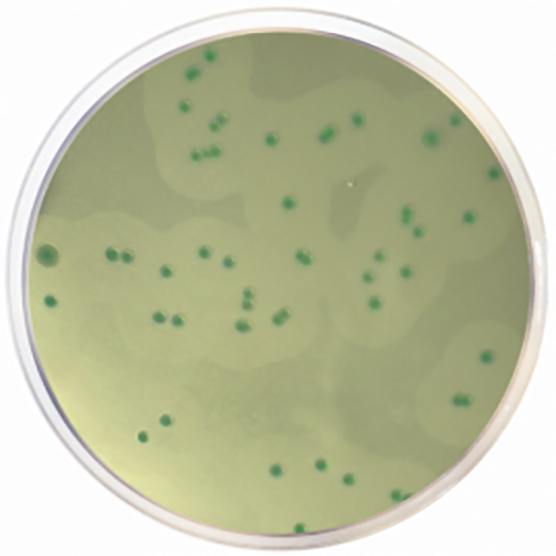 How can I be sure that my blue colony belongs to Listeria spp.?

While it is true that there are other microorganisms, in addition to Listeria spp., that possess this enzyme, such as Enterococcus, the medium has 2 main ways to ensure that the accompanying flora is inhibited: selective agents in the medium formula and the supplement that must be added.

To differentiate between Listeria species and our pathogen of interest, no additional steps are required, as it is possible to detect the latter in CondaChrome Listeria® itself, even with the naked eye thanks to the presence of the halo in colonies of L. monocytogenes. This halo is formed as a result of the precipitation of lecithin due to the action of lipase, exclusive to this pathogen.

Regarding serogroups, CondaChrome Listeria® is inclusive for the main ones, 4b and 1/2ª.

The method for detection is very simple, it should be incubated in the Half-Fraser and Fraser selective enrichment broth. Then, CondaChrome Listeria® is inoculated by the streak plate metod. On the other hand, incubation in Fraser broth is not required for enumeration, it is streaked directly from the Half-Fraser, under the condition that is it performed side by side with the detection.

If you would like to know more about our CondaChrome Listeria®, we invite you to watch our Alternative Methods in Microbiological Analysis webinar.