Salmonella is one of the most easily recognized microorganisms around the globe. Each year, health authorities carry out numerous campaigns to raise awareness and prevent infections by these Gram-negative bacteria, such as warnings to avoid washing raw chicken. However, little attention is paid to the risks of Salmonella in other non-food products, such as medications.

As mentioned in previous articles, microbiological control in the pharmaceutical industry is divided into 2 main categories: sterile and non-sterile products. For the first, one of the procedures to ensure sterility is the Media Fill Test, through which manufacture is simulated, i.e., all the steps of the production process.

On the other hand, the aim with non-sterile medications is to prevent end-product contamination and to maintain low microorganism levels during the manufacturing process. By performing these 2 actions it is possible to control the overall biological load, as well as to reduce the likelihood of product contamination, and therefore the risk to consumers. 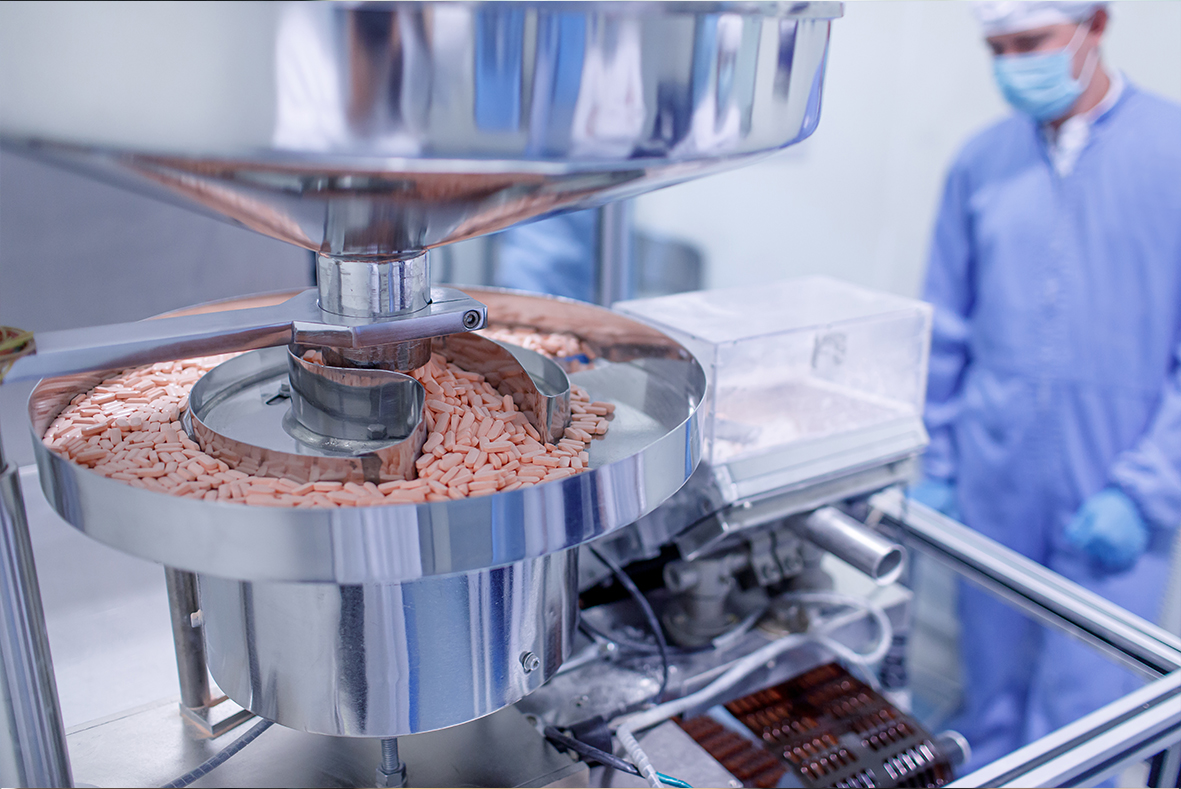 One of the main indicators in the pharmaceutical industry is Salmonella, as this pathogen may cause severe gastrointestinal diseases and even systemic infections. It should be borne in mind that the end consumers of medications may be largely immunocompromised, resulting in a more dangerous symptomatology and severity of the infection. Besides, as it is an indicator, the presence of this bacteria helps to identify issues in production control, as well as deficiencies in Good Manufacturing Practices (GMP).

As it is widely known, the ISO standards do not contemplate drug analysis. Instead, it is covered by Pharmacopoeias, and each country or region has its own. However, the European (EP), American (USP) and Japanese (JP) Pharmacopoeias are often taken as a reference.

The European Pharmacopoeia states that there should not be Salmonella in non-sterile products. However, a European study showed that almost 2% of the 1285 samples analyzed, most of which were drugs of natural origin (e.g., plant extracts), did not meet the microbiological requirements.

Which method should I follow when there are several pharmacopoeias?

To analyze Salmonella, previously multiple media (Lactose, Brilliant Green Agar, Bismuth Sulfite Agar, Selenite Cystine Broth, Tetrathionate Broth and TSI Agar) and methodologies were required, depending on the Pharmacopoeia. However, after the harmonization of the EP/USP/JP, it is now possible to follow a single standardized method, using only 3 mediums with high selectivity to detect this pathogen.

Condalab has available the media required in diverse formats for a greater efficiency and convenience: 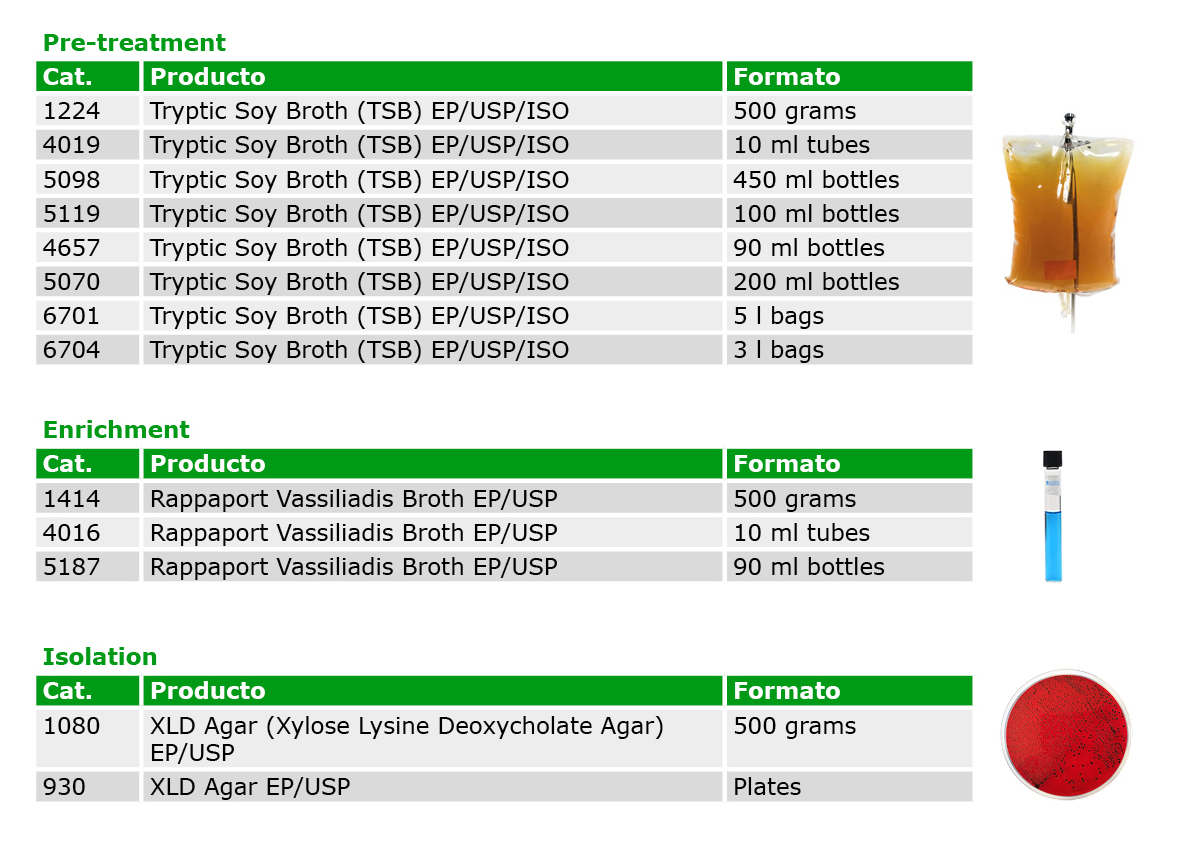 If you need further information regarding your pharmacopoeia method, feel free to contact us.