Campylobacter is considered the most common bacterial cause of human gastroenteritis in the world. It is one of the four major global causes of diarrheal disease, causing 230,000 infections each year in the European Union member countries, thus assigning it great socio-economic importance.

What do you know about Campylobacter?


Campylobacter is a genus made up by zoonotic bacteria with bacillary morphology that cause campylobacteriosis, a foodborne disease (also called FBD). They are widely found in nature, being considered natural carriers for a broad array of domestic and wild animals. The majority of species in this genus grow at a temperature of 37ºC, except for C. jejuni, C. coli and C. lari, which can grow at 42ºC. They are made up by one or more spiral-shaped polar flagella, which contribute to an increase in their pathogenicity. 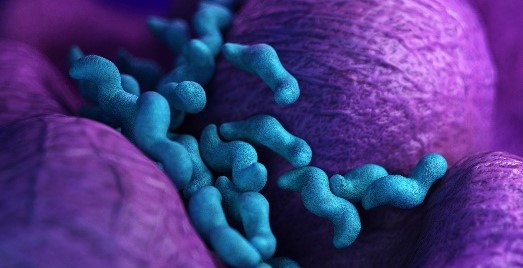 Campylobacter occurs as an intracellular parasite of eukaryotic cells. This colonization begins in the small intestine cells, causing a decrease in its absorption capacity and subsequently moving to the colon. The flagellum has a complex role in pathogenicity that includes, among others, protein secretion.

In recent years, a host of virulence factors that could be involved in the pathogenesis of Campylobacter have been identified. Among the main virulence factors related to campylobacteriosis are motility due to the presence of flagella, the adhesion and invasion capacity of the eukaryotic cell, LPS lipopolysaccharide with endotoxic activity and the production of cytotoxins such as CDTs that lead to the death of the infected cell.

What are the authorities doing about it?

This rising trend, which began 2005, affects many countries regardless of their level of development. The highest prevalence is found at even the most developed countries, with broiler carcasses being the most significant contamination pathway. Therefore, several world and state organizations such as WHO, EFSA or FDA have identified the need to establish a modification in regulations following different studies carried out for over a decade.

This modification is associated with the microbiological criteria and has been reflected in the international standard EN/ISO 10272:2017 (Microbiology of the food chain. Horizontal method for detection and enumeration of Campylobacter sp p.) Formed by two parts: 'Detection method' (ISO 10272:1) and 'Colony-count technique' (ISO 10272:2). The latter contains the "Sampling rules for poultry carcasses and fresh poultry meat", in addition to the 'Guidelines for sampling', and is in force from 1 January 2018.

This update to the ISO standard has been reflected in Regulation (EU) No 2017/1495 on microbiological criteria amending Regulation (EC) No 2073/2005 for broiler carcasses.

This review will enable a 50% reduction in the risk of campylobacteriosis by setting a limit of 1000 cfu/g. The sampling plan is intended to follow the same approach as the hygiene criterion established for Salmonella and therefore food operators should not see an increase in the administrative burden as a result of these new controls.


The main modifications in this ISO update are: