Despite the lack of knowledge about wastewater, its collection and treatment have had a very positive impact in preventing the appearance of infectious outbreaks and the risk they pose to society.

Intrinsically, the bodies of water have a natural limit for organic waste and pathogens that are able to deactivate and reduce. However, this limit is currently exceeded due to the population density of the cities. So, wastewater treatment plants (WWTP) are required to process this waste and prevent diseases in the communities.

How is wastewater treated?

Wastewater treatment involves a combination of biological, chemical and physical processes to degrade waste and destroy or inactivate any existing pathogen.

In the next image, you can observe a diagram of the general process of a WWTP when the wastewater arrives through the sewage systems.

In the primary treatment, solids are separated from liquids; the latter following the secondary treatment, where microorganisms help to remove organic matter and other substances. Finally, in the tertiary treatment, the effluent is disinfected; thus, becoming treated water, which can then be discharged into a natural channel.

The urgency for better water management has forced treated-water to be reused mainly where the greatest use of this resource is destined to: agricultural irrigation and domestic demand. This practice has become commonplace in places like California and Australia, as it is a safe and independent source of weather variations.

Within the EU, every year more than 40 billion litters of wastewater are treated but only 2% is reused. This is due to the existence of numerous barriers caused by the unawareness of this practice and the lack of a framework that guarantees health safety, environmental protection and profitability.

For this reason, in 2018, the European Commission issued a proposal to regulate the minimum requirements for water reuse in agricultural irrigation due to the sanitary risk that such use could entail for the population. In this document, the Commission details the minimum quality requirements as well as the biochemical and microbiological parameters to be complied with in water treatment.

The microorganisms controlled at European and national level are mainly E. coli, a pathogenic bacteria of which sanitary control is of great importance for public health due to its constant presence in multiple sectors, and Legionella spp, microorganisms that must be controlled as they are naturally present in surface waters and are able to survive in a wide range of physicalchemical conditions. However, other microorganisms such as Salmonella spp, Campylobacter and Clostridium perfringens are also used as indicators because they are present in waste water.

In this regard, in Spain, the RD 1620/2007, which sets out the minimum quality criteria for treated-water reuse and treated water specific uses in homes and industry, establishes the reference methods for the analysis of E. coli, β- Glucuronidase positive detection, and for Legionella, ISO 11731. 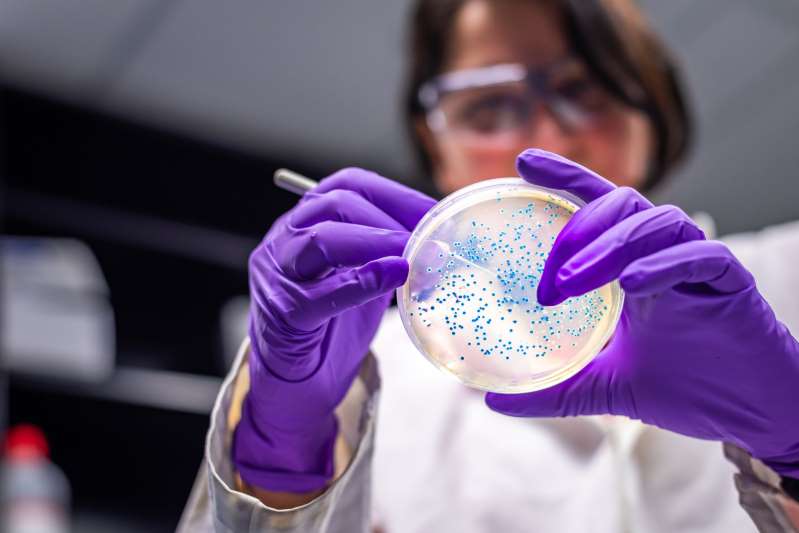 However, the idea that controlling a couple of microorganisms is enough is a dangerous assumption, since the pathogen types, concentration levels and chemicals vary per region, according to the sanitary and socioeconomic conditions of each community. The reason is that waterborne diseases have significantly contributed to premature mortality, especially in developing countries where pathogens' concentration is up to a thousand times higher than in other areas.

On the other hand, there are other compounds present in treated water used in irrigation, called emerging contaminants or EC for short. ECs are molecules with biological activity in various organisms, whose persistence in the environment facilitates their bioaccumulation. Some known ECs are painkillers, antihypertensive drugs and antibiotics, to name a few.

How ECs impact in health is not yet fully understood; however, contamination by these compounds may contribute to the formation of resistant microorganisms, which would be another sanitary emergency. The extensive use of antibiotics in animals and humans, as well as their use in food preservation, has increased their production and consumption; thus, resulting in high rates of volume discharge into natural streams with consequences of microbial resistance.

The main microorganisms that have proven resistance are strains of Staphylococcus, Aeromonas, Pseudomonas, Salmonella and Escherichia.

In terms of treated-water reuse, the multiple ecological, economic and social advantages are evident. However, in the legislative and scientific context, the presence of resistant microorganisms in natural watercourses is a matter of great concern due to its close relationship with sanitary safety. This will undoubtedly cause a deeper legislative development in the coming years as new data are obtained and consequently improvements in current analysis techniques.

At Condalab, we offer you the necessary culture media for the microbiological controls mentioned. Please, contact us for more information on these products.